Op-Ed: President Latham At The Crossroads 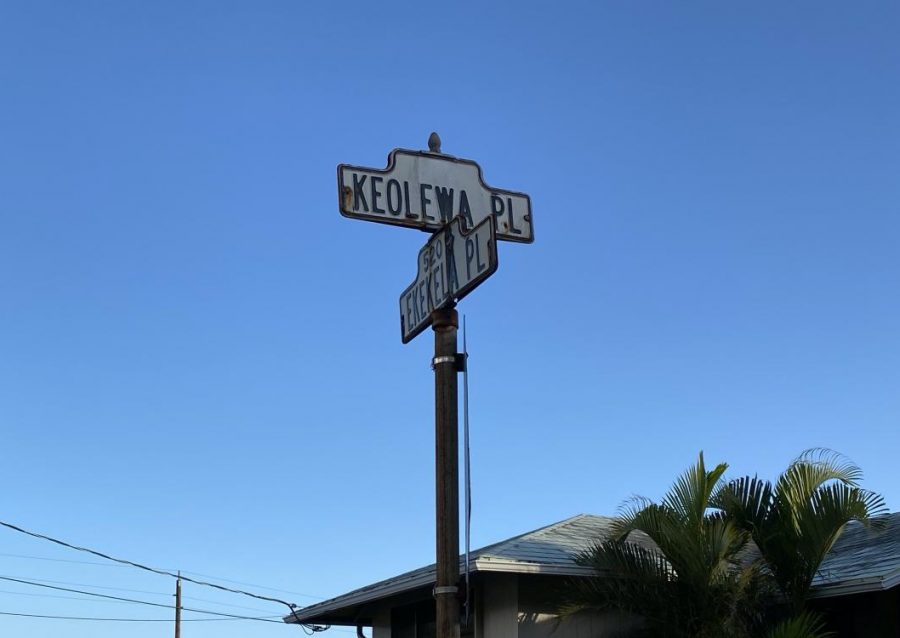 The 2019-2020 school year was full of changes and emotions for many in the Punahou community. Whether due to the further rollout of a competency-based learning system, or a COVID-19 related cancellation, we all had our own opinions about the school year.

During this unusual year, we also welcomed a new President, Dr. Latham, who has, at times, been blamed for many of these inherited or unavoidable issues. In spite of this, or maybe because of it, Dr. Latham has engaged with the community numerous times this year and that is, unarguably, a good thing.

In his first video address to the school, Dr. Latham said, “I look forward to pursuing Punahou’s mission together, with you.” The important word being: together. At the beginning of the year, his office invited parents and alumni to “Listening Sessions” where he could “hear directly from you about what we value most as a learning community.”

Later, using small conversations he called “New York Times Lunches,” Dr. Latham invited students to “learn from each other’s perspectives” while discussing a selected New York Times article. Chloe Balisacan ’20, an attendee, reflected on this experience: “He kind of took away the wall between admin and students, and he really wanted to get to know us. We talked… and he gave us his thoughts on it, but he wasn’t pushing his opinions or his agenda.”

Another attendee, Dylen Fujimoto ‘20, commented, “He was listening more than he was talking… He is there to make decisions, but also listen to people whether he agrees with them or not, and that’s really important.” As an attendee myself, I agree with both of my classmates and applaud the effort that Dr. Latham put into getting to know us students.

Dr. Latham also faced pushback against previously implemented competency-based learning (CBL) guidelines. As a student who took two courses that implemented CBL, I can attest that many students expressed strong opinions against the system.

On November 26, 2019, Dr. Latham addressed the issue in an email to Punahou parents entitled “Update on Punahou’s Academy Curriculum.” He wrote, “We will also continue to listen carefully, as one thing is abundantly clear – Punahou parents across the board want the very best for their children’s futures. We couldn’t agree more.”

After that, Dr. Latham sent more communications and hosted an “in-depth discussion about CBL” at his pavilion during a “PFA Teacher Talk” on January 17, 2020. For some, myself included, it seemed like a good start to a community discussion that was long overdue.

Zane Yamamoto ’20, senior class president, commented, “I think he’s definitely been working on outreach with the Punahou community… If you’re a leader of an organization you have to be able to converse with the people in that organization.”

Another moment that captured the attention of the community was Dr. Latham’s participation in this year’s Variety Show where he played Jigsaw, the mastermind in the Show’s plot. Dylen Fujimoto ’20, a Variety Show participant, said, “That changed my opinion [of Dr. Latham] because he wasn’t just talking to the seniors, he was kind of becoming a part of us by being a part of something that’s really important to many people in our grade.”

Recently, Dr. Latham has been working with the senior graduation committee to plan alternative options for the various events which seniors missed out on. Dylen Fujimoto ’20, a graduation co-chair, commented, “He was listening to our ideas, he heard all of us out… He’s very open, but we understand that if he has to veto something it’s because, not his personal opinion, but because it’s the law.

Zane Yamamoto ’20 agreed, saying, “He [Latham] was very committed to us having some kind of ceremony, and I appreciate the lengths he’s going to, to do that.”

Dr. Latham has modeled a willingness to have open and honest dialogue, something often lacking in large institutions. Chloe Balisacan ‘20 commented, “I always thought that it was the students, the teachers, the admin—that there was a hierarchy at Punahou. I think it’s super cool that President Latham is reaching out to students and talking to them one-on-one, and I think it’s really admirable that he’s trying to bridge the gap between this hierarchy that I see.”

Administrators should strive to open their doors, foster appropriate relationships, and create transparent dialogue by building on Dr. Latham’s current efforts. Events such as listening sessions and lunch discussions should be expanded, and students should be given the opportunity to have their voices recognized.

President Latham entered Punahou during a time of crossroads. He currently has the opportunity to change the culture of Punahou forever, and it is imperative that he continue to engage with the community in order to learn from our diverse experiences and build a Punahou that truly supports every person in our community.