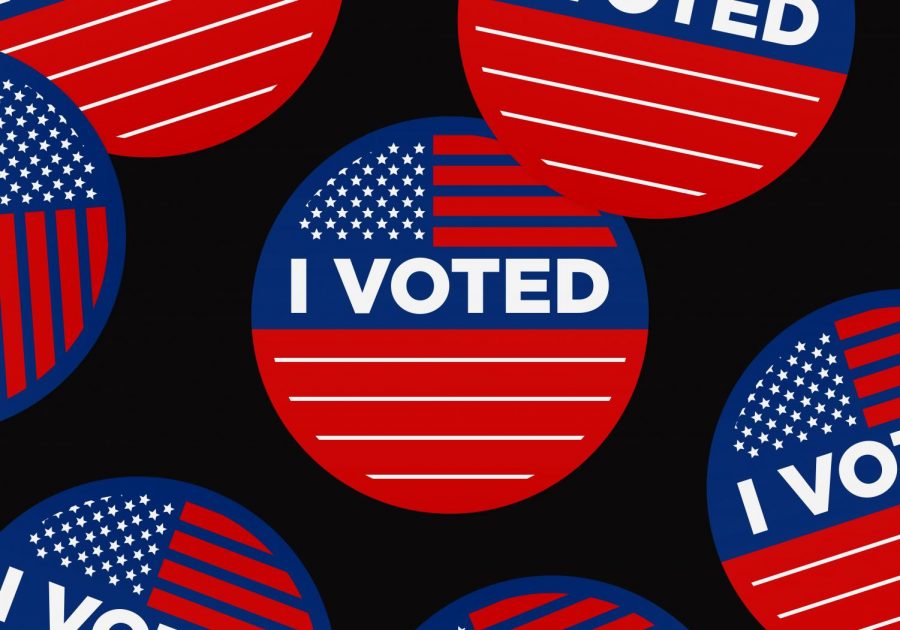 Photo Courtesy of Visuals on Unsplash.

Today, millions of Americans will gather in their living rooms waiting to see who the next president will be. At this moment, the United States stands at a crossroads. This election comes at a time when America is in the midst of an economic crisis spurred by a global pandemic, in conjunction with a wave of climate and racial justice movements. This election, as all indicators point, will not be a normal one. The American People will face three tests on its Democratic foundation: the Electoral College, voter suppression, and mail-in voting. These three points of contention will determine the fate of America.

In the US Constitution, the framers created a unique system to elect the President: the Electoral College. In this system, each state receives a number of Electors based on their numbers of representatives in congress, in the case of Hawaii, four Electors. There are a total of 538 Electors spread amongst all 50 states plus the District of Columbia. Most states, including Hawaii, have adopted a system of “winner takes all,” in which the winner of the state’s popular vote receives all the electoral votes. Aside from other procedural activities after the election, that is essentially how the President and Vice President of the United States are elected.

So what is the challenge that this system presents us with? Well, we’ve already seen one major flaw in the Electoral College, not once but twice in recent years. Both in the 2000 and 2016 presidential elections, the winner of the Electoral College did not win the popular vote. But why does the United States use this method? Like most aspects of the Constitution, this system was born out of a compromise between those who distrusted the general populace and those who wanted a popularly elected president (although this would not include all Americans). Regardless, both sides were wary of a democratic “mob rule.” Essentially, the founders did not trust people to make the right decision, a sentiment most Americans would disagree with today.

But yet, many argue for the Electoral College. The most popular justification to keep this system stems from a belief in protecting the voices of small states. That argument is predicated on the belief that if elections were purely based on the popular vote, candidates would only feel inclined to appeal to larger states and big cities. However, this isn’t true. First, the “winner takes all” system already allows larger states the ability to sway the outcome of an election even if the difference of votes between the two main candidates is less than percent. Second, a study found that if a specific number of smaller electoral states came together, a candidate could win the presidency with just 23% of the popular vote. In either case, the Electoral College already incentivizes candidates to appeal to certain states over others, hence “swing states” or “battleground states.”  The Electoral College, especially this year, as it has done in the last election, will test American’s trust in the democratic process. No person, regardless of political affiliation, should agree that a candidate who gets fewer votes be declared the victor in any fair democratic system. Currently, it’s too late to change anything for this election. But whoever is elected this November, in both the presidential and congressional ─ local and national ─ races, will have the power to either keep this system or start the process of moving the United States to become a more equitable and democratic nation. In general, the Electoral College is a convoluted system, put in place at a time that barely reflects the beliefs of modern-day Americans.

Voting is a sacred right in any true democracy, such that all citizens of age should have equal access to vote. But by that standard, the United States has never been, and is not currently, a true democracy. Despite the passing of the 15th and 19th Amendments, along with the Voting Rights Act of 1965, there are still those living in US Territories like Puerto Rico and Guam who cannot vote for the President of their country. In addition, even within the 50 States, measures have been passed by local governments aiming to suppress the vote.

Today, legislators have found ways to curtail the Voting Rights Act and suppress minority voters in more subtle but no less effective ways. Laws which ultimately restrict the vote will appear to be racially unbiased; for example, voter ID laws, which require certain identifications to vote. At first, this might seem like common sense, but there is no evidence to support that voter ID laws reduce election fraud. That is because voter fraud is not a large problem to begin with. But what they do is disproportionately affect minority voters. That’s because in many states IDs are often difficult to get and require other very specific forms of identification, which minorities are less likely to have. This was allowed to happen due to a supreme court ruling which weakened the Voting Rights Act. In fact, the next appointed Supreme Court Justice will likely get to decide on another case which will determine the ultimate fate of the Voting Rights Act.

This year, there have already been attempts to suppress the vote. In addition to voter ID laws, states have undergone roll purges, which are when states remove individuals from their voting databases. These cleansing of registered voters is routine, but Democrats argue that they disproportionately affect poor and minority voters who are more likely to move around. Currently, battleground states like Wisconsin, which Trump narrowly won in 2016, are purging voter lists. In races which are this close, it’s important that everyone who wants to vote has easy access to ballots. Another hotly contested issue are naked ballot regulations. The Pennsylvania Supreme Court ruled that any ballot without a secrecy envelope would be considered invalid. Pennsylvania is considered a battleground state which in 2016, Trump only won by 44,000 votes out of the over six million cast. Some states still require a signed notary or witness which may be dangerous to get during a pandemic. Finally, for those who either have to or feel more comfortable voting in person, many states have closed polling locations. This follows a greater trend of states closing polling locations which studies show disproportionately affect minority voters. It’s a common political tactic for polling sites to be shut down in minority communities. Because those voters will then be forced to go to other polling locations, often with longer lines, it can be discouraging for those people.  Minorities have also tended to vote for liberal candidates versus conservative candidates, so some republican states have made efforts to restrict minority voters through this tactic.

There are a great many ways to fix these issues, but it starts with this election. It is imperative that the focus isn’t just on the presidency but also on congressional and state elections whose offices will often have more power to change the system. Right now, millions of Americans are voting in person and by mail. But there are persistent efforts by some to make it harder for certain groups to vote, which is why this election is so vital to American democracy and ideals.

According to an NBC poll, a majority of Americans will be voting by mail-in this coming election and over 90 million people have already cast their ballots. Although mail-in voting has existed in this country since the Civil War, this year, no doubt, there will be a record number of mail-in ballots cast. Many individuals, including the current President, are using this divergence from the norm to delegitimize the results of this upcoming election by spreading false information.

Due to the COVID-19 Pandemic, large gatherings of individuals are strongly discouraged. With personal health being at the forefront of many people’s consciences, many states needed to adapt to ensure the safety of their voters. Currently, nine states, including Hawaii, and D.C. are primarily conducting their elections by mail. 36 states will send an absentee ballot per request while in the remaining five states, voters will need to provide an excuse other than COVID-19 to receive a ballot by mail.

The most common criticism of mail-in ballots is that they are more likely to be fraudulent or tampered with. The president has made multiple false or misleading statements during his rallies and debates about isolated incidences of mail-in voter fraud. However, a recent study showed that over the last 20 years, 250 million ballots have been cast by mail. But at that same time, there have only been 143 criminal convictions of election fraud. Although there is a slightly higher risk of ballot tampering in mail-in voting than in-person voting, it’s such a small percentage that it’s statistically meaningless. There is simply no evidence of widespread voter fraud by mail.

The prevalence of mail-in ballots in this election may also require us to view election night differently than in previous years. Although millions of people have already cast their ballots, in many states, they won’t be opened till election day. Additionally, some states will count ballots received after Election Day if they were sent before a specified deadline. There has never been a single election night. Most years, news organizations will send people out to conduct exit polling to predict how individual states voted. In reality, many votes are still being counted after election night. This year, with the sheer amount of mail-in ballots being submitted, election night may become election week or even election month.

This may be the greatest of the three threats on America’s democratic ideals. The danger in sewing doubt into the system is great. This could lead to an outcome where the losing candidate questions the election’s result, on the grounds of fraud. There is much you can do to ensure that your or someone else’s ballot is received and tallied; for instance, sending your ballot earlier to ensure that your vote is processed and Hawaii offers ballot tracking; if you feel unsure about it going through the postal service, there are designated drop-off sites; and make sure that all necessary fields are filled out on the ballot and that the signature on it matches the corresponding signature on government records.

It’s often stated in every election by political pundits, journalists, and candidates that that year’s election is “the most important is American history.” But no election in recent history has ever lived up to that phrase more than this one. Most Academy Students here at Punahou will not be able to vote in this election. But, the problems the United States faces this year will most likely still be just as prevalent in the midterms two years from now and in four years, for the next general election. But this Election Day, the United States will face both new and old challenges, which will test the strength of its democracy. Which means it’s up to everyone, even those who can’t vote, to be informed of the issues this country faces; for a democracy is only as strong as the people who constitute it.