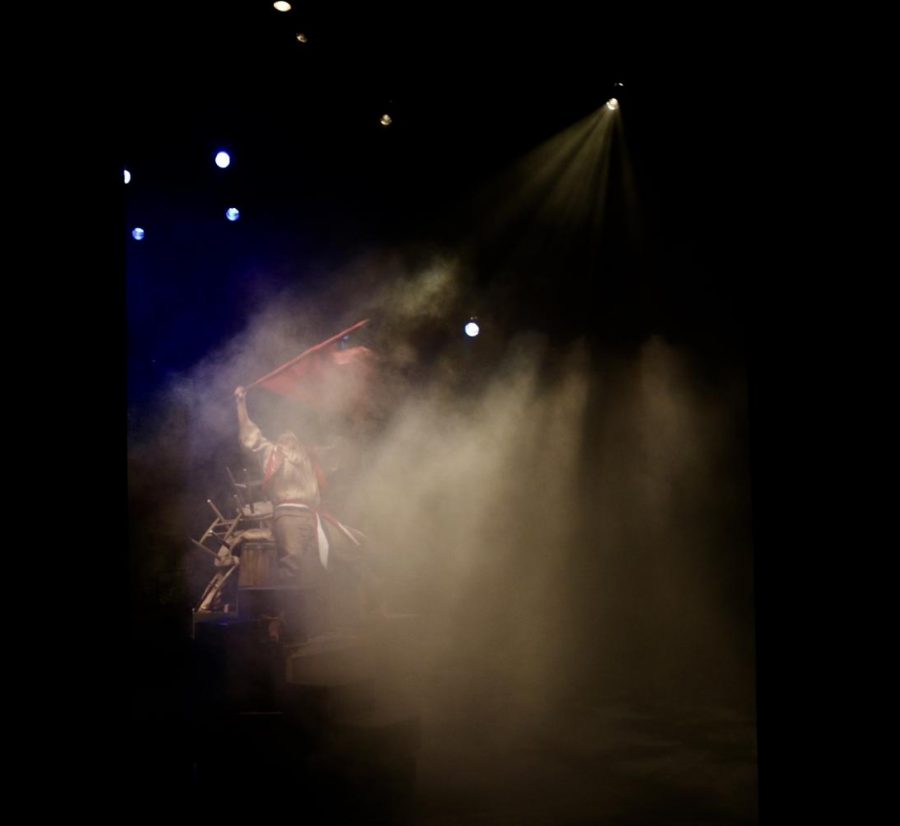 Amid a socially distanced learning environment, the Punahou Theatre Department has had to cut back on some of their traditional programs and are instead focusing on their co-curricular classes, a reimagined Variety Show, and the maintenance of Dillingham Hall, all with the hope to maintain the integrity of Punahou’s theatrical arts despite the pandemic.

Due to the continued threat of COVID-19, the Theatre Department canceled the mainstage middle school production and high-school production. They also changed parts of the curriculum for different courses and cut the class Acting: Musical Theatre for the 2020-2021 school year.

“In theatre, we do connect, or we’re very close to each other, and so with that element gone, I’ve had to take some things out,” stated Mrs. Melinda Moore, Punahou’s Director of Theatre. However, she later clarified, “The stuff that’s still left over is still really exciting.”

Many of the theatre classes were forced to make changes to abide by Punahou’s distance learning plan and school safety requirements. Theatre: Production, which Mrs. Moore taught in Block 1, had to perform online, and Introduction to Theatre cut their stage combat unit.

While online, the technical theatre classes oriented themselves to a theoretical design mode instead of implementing their ideas into physical work. Students couldn’t work with the tools and equipment available in Dillingham Hall because of their online learning environment.

“It’s just a bummer that students couldn’t complete projects,” said Mr. Chris Patrinos, Punahou’s technical theatre director. He hopes to let his students get more hands-on in class with different projects and the utilization of tools and equipment following their return to campus.

Regarding Acting: Musical Theatre, Mrs. Moore explained that she felt like she couldn’t do the class justice online, but she couldn’t conduct the class in person if the students weren’t allowed to sing.

With the pandemic eliminating the possibility of any in-person productions, the technical theatre faculty directed their efforts towards the renovation of Dillingham Hall. The creation of physical sets for student performances always took precedence over larger renovation projects, resulting in only simple maintenance occurring within the theater. Without their usual commitments, the technical theatre faculty have been able to replace the projector, AV system, lights, and more.

“The first thing that we did was we changed out all the incandescent house lighting system in Dillingham Hall and converted it all to LED lighting,” stated Mr. Patrinos. The installation of LED lighting helped move forward the school’s recent net-zero initiative.

Despite the cancellation of Punahou’s mainstage productions, the longstanding tradition of the Punahou Variety Show will still take place, albeit not necessarily on the main stage. This show is a student-written stage production solely performed by the graduating class. Every year it has occurred alongside the Punahou Carnival, and this year’s expectations are no different.

Mr. Travis Flazer, the 2020 Variety Show director, declared, “We will be presenting a video — It is our worst-case scenario, with COVID.” Afterward, he explained that Mr. Patrinos would be helping with the planning. “He has offered his services in helping me plan ahead of us in the event under some miracle we are vaccinated and can join up in February.”

While the Variety Show has a very low probability of being on stage, Mr. Flazer hopes to recreate some of its fun and excitement within the virtual format. Ideally, he hopes to keep a semblance of the Variety Show’s camaraderie and the gathering of the senior class.

The Theatre Department will also present a radio play of A Christmas Carol. This 60-minute production will air during December, although the specifics still have yet to be determined. Once the airing date and format of the play is finalized, the department will disclose that information to the public.